Many of you probably remember square dancing from grade school gym class as an experience that was both exciting and terrifying at the same time-you had to dance with the opposite sex!

If you are too young to have had this wonderful opportunity, then you probably think of square dancing as a special Saturday afternoon activity for the old folks at the retirement village. 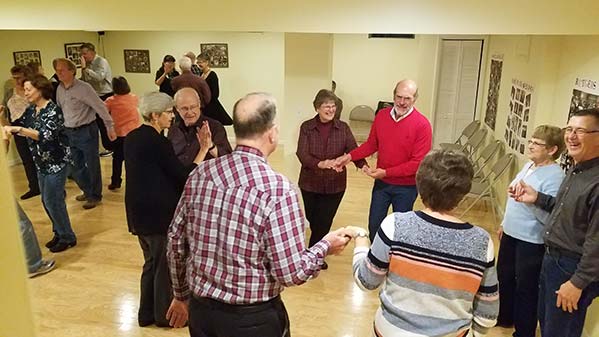 Well, over the years we've danced with people in their 90's and younger than ten, people who had their arms in slings and people who were blind, sometimes all at the same dance. We've even been involved in setting a Guinness world record. It is genuinely one those activities where age, size or physical ability don't really matter.

Certainly many people think of square dancing as a stuffy activity that involves old country songs and crazy, over-the-top outfits. We've danced to every type of song imaginable-from Johnny Cash to Leonard Cohen to Ozzie Osborne. Most people wear normal street clothes to dances, although if you really want to dress up, go right ahead! Nobody will ever judge you for what you wear to a dance, during the warmer months we've had people wear shorts, t-shirts and flippies (very hard to dance in).

What is square dancing? It's basically Simon Says set to music. If you remember your basic geometry, a square has four equal sides and four equal angles. Imagine two people standing along each side of the square and facing each other either directly opposite or at 90 degrees. Gender doesn't matter - we've danced in squares of all one sex or any combination, although it is usually male and female couples.

In square dancing, the part of Simon (remember Simon Says) is played by someone known as the Caller. After all of the available squares have formed on the dance floor, the Caller will start giving instructions for various prearranged movements, fitting each of these into the rhythm of the particular song being played. This process usually lasts about 10 minutes, followed by a break, along with plenty of tasty goodies provided by the club hosting the dance. The process then repeats itself for about the next two hours. 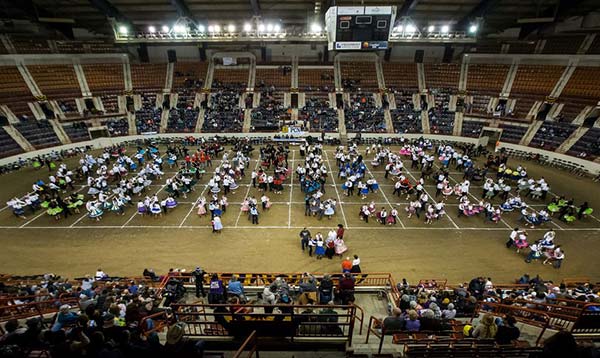 Of course, no one is expected to just jump right in and know all of the calls. Local clubs all conduct weekly classes to instruct new dancers. This process starts with a group of calls known as Basic and Mainstream. As the dancers become proficient, they can move on to the Plus level. For the more experienced dancers there are higher levels known as Advanced and Challenge. No matter the level, every call has a written definition of its movements which are published in booklet form. There are also digital media sources such as Taminations and Saddlebrook Squares and many YouTube instructional videos.

So what do we “get” from square dancing: socializing with other people, exercise (a typical dance includes about three miles of strenuous walking), and mental stimulation from trying to follow the variety of instructions from the Caller.

If you think this is something you would like try, check the internet or local papers for square dancing in your area, many groups have websites. Search “square dancing” and you will surely find sites to give you all the information you need. Don't worry if its just you - there's always someone to dance with you.